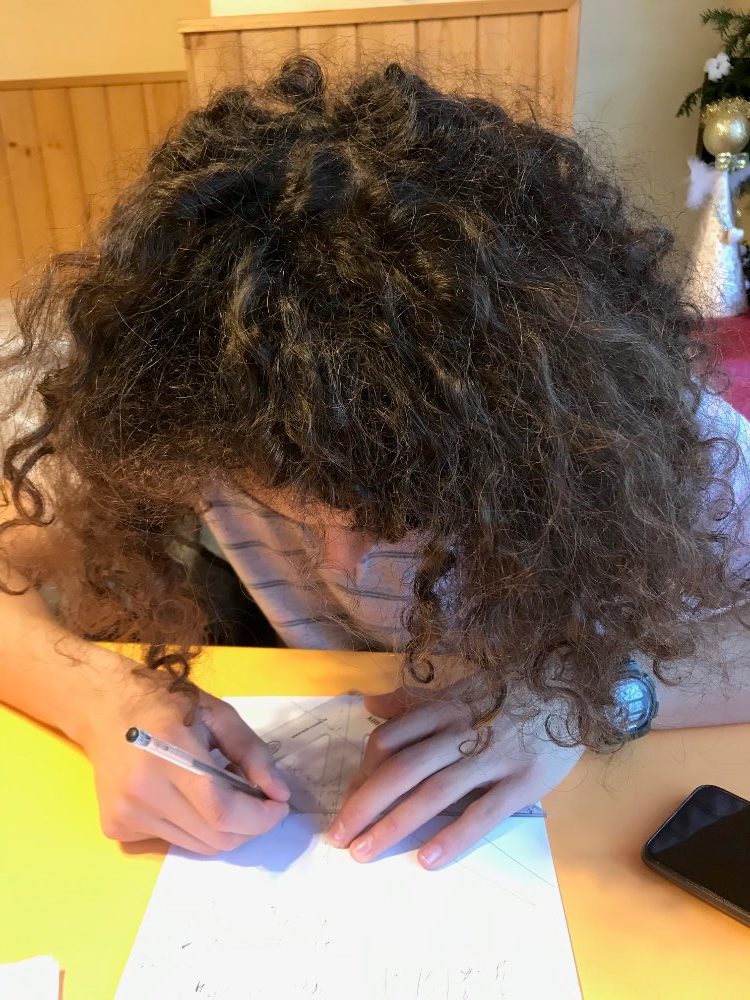 School closures because of the measures announced by the governemnt two months ago have met with different reactions from my students – and from me. The children were excited, of course, because at first they perceived it as an unexpected holiday. They felt like they could sleep as long as they wanted in the morning, and in the afternoon they could play on the playground or on the computer…

Due to the poor IT equipment of individual family groups in the orphanage, online teaching was not possible. So if some of “my” kids were given a task from school, they would call me and I helped him or her find a solution. Depending on the difficulty and length of the tasks, I spent a total of 2-3 hours a day on the phone to meet everyone´s needs. At home, I prepared documents for them in the form of drawings, simple instructions and tables, which I sent to them via WhatsApp.

A big change occurred in April, when it was clear that schools would not reopen, maybe not even for the rest of the term. Teachers began to “supply” children with material much more intensively and regularly sent them feedback, sometimes even in the form of grades. It was a signal to me that I can’t leave the decision, whether the children needed to talk to me or not entirely up to the kids. One did not want to get up, the other wanted to go to the playground…

That’s why I set a time with the staff of the orphanage when the children should be ready on the phone. The point was to find a quiet surrounding, if possible, where they would be able to concentrate. It is not easy to teach a child with a low basic knowledge of mathematics and attention deficit disorder face-to-face, and it is even more difficult on the phone, where the child cannot see you, or, to make things worse, listens to you while someone talks out loud in the next room or there is a television on.

The most difficult work was with a twelve-year-old boy with attention deficit disorder and a fifteen-year-old girl, both completely overwhelmed by so-called „graduate theses“ in various subjects. Fact is, both are quite ignorant of mathematics and other natural sciences. I sent the prescribed examples to the boy, and the next day we explained and calculated them step by step. Because of his poor comprehension, due to a disorder he suffers from, we called twice a day, always one hour in the morning and one hour in the evening. It was slow, but we went through the assigned curriculum in small steps.

With the girl, who doesn’t see the difference between a cube and a prism, it was even more complicated. The assignment was to assemble a meaningful object from at least four different bodies, which will be at the level of a ninth-grader. That meant inventing an object, drawing bodies, cutting them out, gluing them together, and calculating the volume and surface of a composite creation. So at home I drew, cut, glued and counted. It absolutely didn’t make sense to deal with the girl on the phone. It would be a waste of time for both of us. I helped her make the body and she then artistically finished the structure.

So what does it look like now? Currently, I already visit children and try to make them work. My priority is to prepare one of the girls for the final exams in the field of chef-waiter. So hopefully we will succeed together!