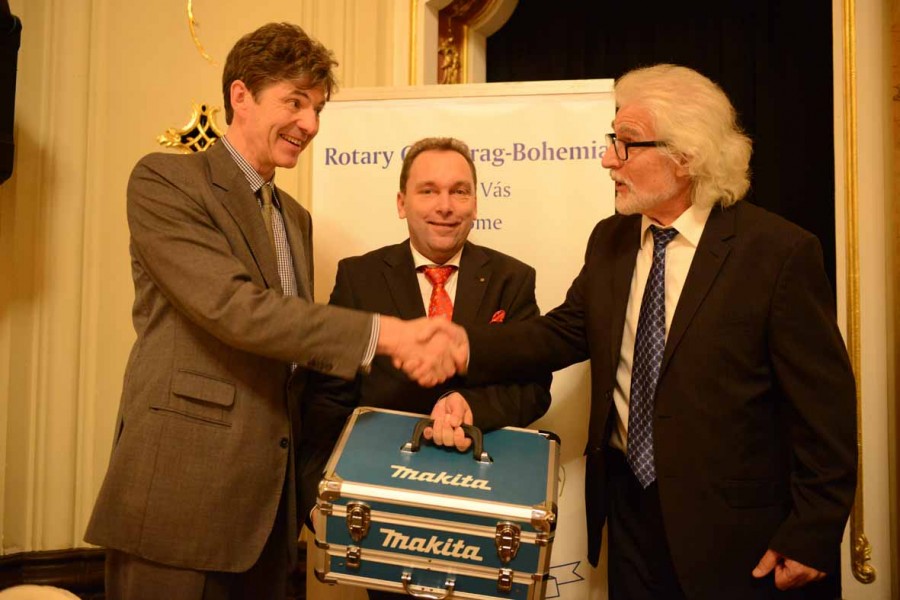 On occasion of the annual Rotary Christmas Party, which also serves traditionally as a major fundraiser for C4C, the donated toolset underscored the Rotary Club Bohemia’s commitment to C4C’s Springboard to Life initiative of which the Club is the title sponsor. And has been for a whole decade!

“We greatly appreciate the Rotary Club Bohemia’s unshakable commitment to our joined effort to help young people with a social handicap to successfully integrate into society”, remarked Manfred Franke. “The Club’s been with us through good times and bad times and because of this steadfastness lots of orphans have found a purpose in life”, he adds.

C4C’s Springboard to Life initiative asserts that Every Child has the Right to an Education and retains over 20 teachers to help orphaned children learn vocational skills to successfully enter the job market after leaving their institutions.

And it didn’t take the C4C team too long to find a beneficiary for the tool set. Josef “Pepa” Bily, 16 years old and residing in the orphanage of the city of Klanovice, was chosen to be the lucky recipient. Pepa is learning to be a carpenter, and, according to him, “always wanted a set of power tools like this” for his handyman work.

“It really hardly took a day to find someone qualified for this set of tools”, smiles Kathy Wojasova, C4C’s Springboard to Life project manager, implying that routinely things might just take a little longer – usually.

It must have been the “ambassadorial touch”… 🙂