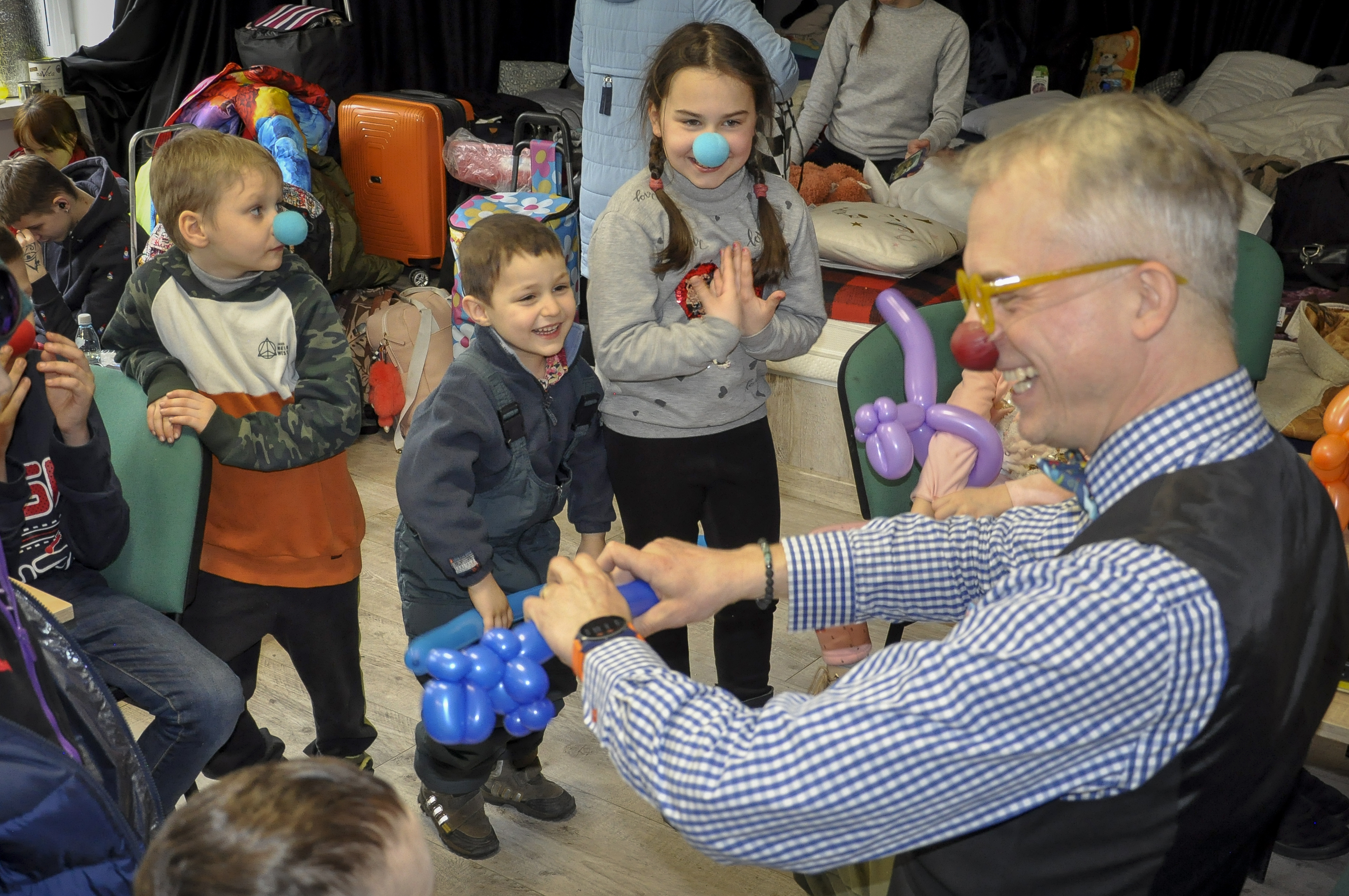 “The food was a god-send,“ says Jaroslaw Sedlak of the Polish Dr. Clown team. “Manfred, Rafal, you are reliable like a Swiss clock to bring what was needed most.” Most of the meat was then reloaded onto a separate truck and driven by the Ukrainian Dr. Clown team to those in need deep inside Ukrainian territory – a perilous and dangerous journey.

But physical aid wasn´t the only aim of the team, there also was an altogether different dimension to it. Rafal, who heads up C4C´s Dr. Clown team, came fully prepared to bring a touch of love, hope and joy for the children at the border refugee camps. Even though traumatized and in shock, the little faces lit up like little candles when Rafal pulled out his bag of tricks and started to sing and play with them.

“I was a little concerned that my skills as a clown would be challenged in this environment,“ smiles Rafal. “But I was surprised at the reactions – the kids were like transformed and fully ready to forget the perils and the hunger of their long journey here.” He recruited their talents and soon had an army of children singing and performing with him! Touching!

In closing, we would like to extend a big THANK YOU to all who helped to make this trip possible: Karel Kopecky of Iveco/Strojservis who donated the truck, Biofarma Drab for their generous donation of lunch meats, Tomáš Pelíšek of S.C. Johnson for cleaning supplies and candles and the many donors and to all contributors, big and small. A special thank you goes to the Polish Dr. Clown members, Jarek and Agnieszka Sedlak, for putting up and feeding Manfred and Rafal for 2 days, even forfeiting their very bedroom to afford them a good night sleep.